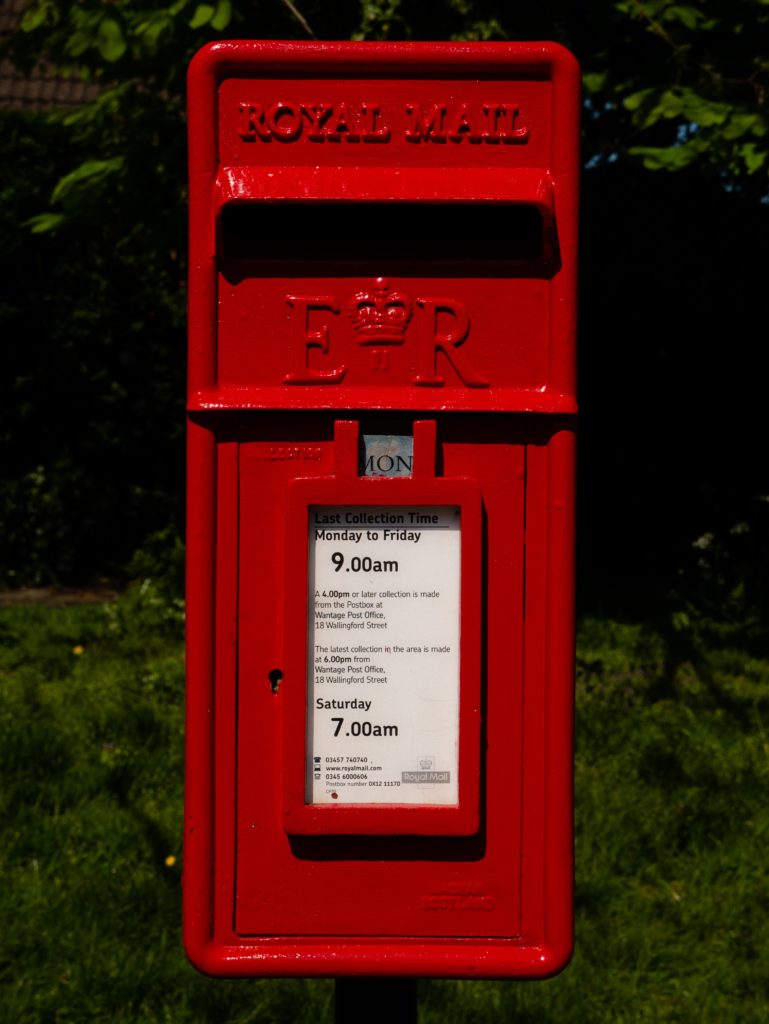 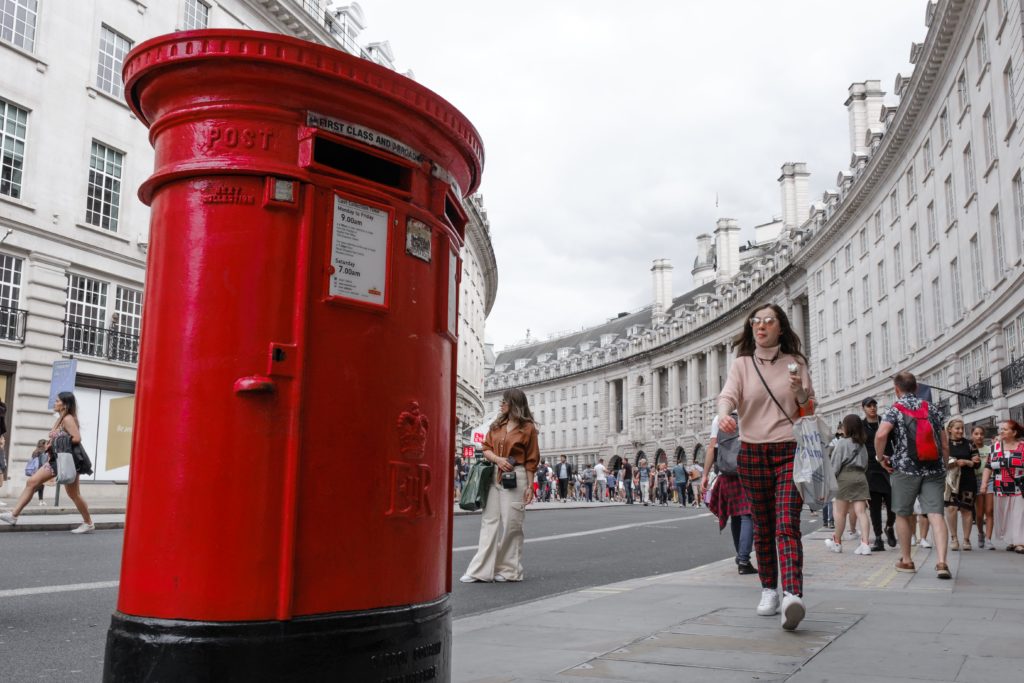 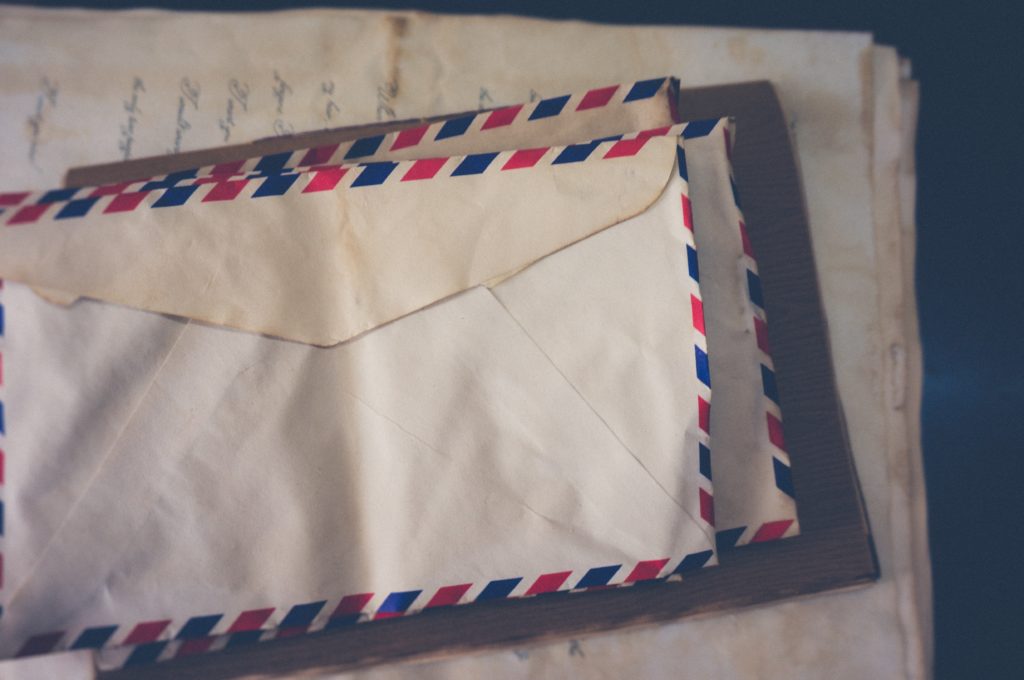 The famous Union Jack flag of the United Kingdom is comprised of 3 colours; red, white and blue. Arguably of these three, red is the most striking and the most easily recognisable British colour. Certainly, around the world, red London double decker buses, red telephone boxes and the Queens Beefeater guards with their red jackets are known for their striking red colour and symbolise the UK. Red post boxes can be added to this list. Though a little smaller and perhaps not as famous as the other items mentioned, many tourists come across them as they are dotted all over the landscape, from the metropolis that is London, all the way to the isolated mountain villages of Snowdonia in Wales to small highland settlements in northern Scotland, and of course anybody who wants to send a postcard has probably used one of these iconic pieces of street furniture.

The post box is useful, of that there can be no doubt, but what is not so easy to notice is the fact that these simple but eye catching cast iron examples of street furniture can reveal something about British history and indeed about British monarchs.

Although the first post boxes appeared in 1852 during the reign of Queen Victoria , Royal Mail, the company responsible for UK postal services has its origins over three hundred years earlier, when in 1516 King Henry VIII created the position Postmaster General. Fast forwarding again to the Victorian era and in 1839, a teacher, inventor and reformer named Rowland Hill revolutionised Royal Mail by changing the system; reverting from a receiver pays, to a sender pays postal service which of course is still in use today all over the world. Shortly after this the first postage stamps appeared followed by the first post boxes and this period in the mid nineteenth century could be seen as the beginnings of the modern postal service.

Some of these original post boxes from the nineteenth century are still in service and you do not have to be an archaeologist or a historian to ascertain their approximate age. By simply looking at the front of the box you will notice the raised lettering of GR, ER, or VR on the cast iron below a symbol of the crown. The first letter stands for the monarch at the time the box was put into service, so for modern boxes it will be E for Elizabeth. The second letter is always R and this letter R represents the Latin word Rex or Regina (meaning King or Queen). If you are more than a little knowledgeable of recent British history you will be aware that this could cause some confusion as since Victoria’s reign came to an end in 1901 there have been two King Edwards and two King Georges, followed by the current Elizabeth, meaning an abundance of G’s and E’s. For this reason, it is necessary to look a little closer and you will see that there is also a numeral relating to the particular monarch so that ERII denotes a post box belonging to the current Queen, whereas ER VII would apply to a post box erected between 1901 and 1910 during the reign of her great grandfather Edward VII. Interestingly, her uncle, Edward VIII was King for less than a year before abdicating in 1936 so was not on the throne long enough to make a big impact but nevertheless, records show that 271 post boxes were produced during his short reign and that 130 of them can still be found in use around the British Isles today. British monarchy is a fascinating subject in itself and fully deserving of its own analysis. The key thing to glean from this article is that with a little knowledge one can uncover something about history. So next time you post a letter, have a look at the post box, determine its age and perhaps try to imagine what it was like in the past in that area, some things have undoubtedly changed, but others like the post box probably have not. As the world is taken over by electronic communication, the need for a postal service is dwindling yet still it has its influence. Crowd sourcing has been a popular new phrase in the English language in recent years and it could be said that it was Royal Mail, when they introduced pre-paid postage stamps with the penny black in 1840 that unwittingly started with crowd sourcing, the cost of sending a letter being extremely low and affordable. Time moves on and technology advances, but great ideas live forever and though post boxes may be antiquated it is not absurd to imagine that they also represent innovation and communication. 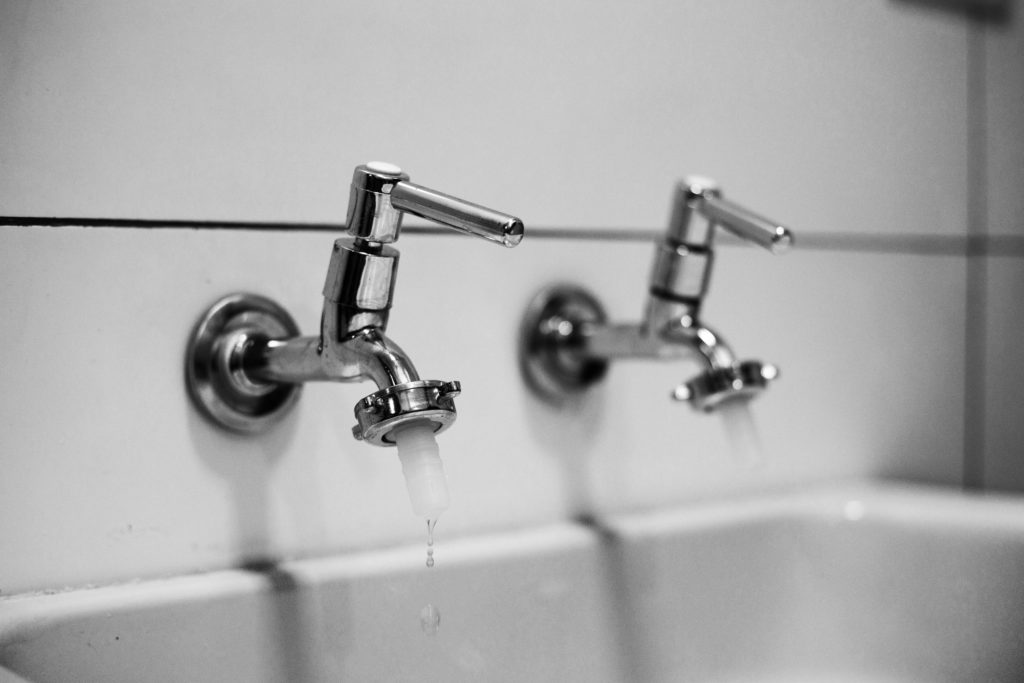